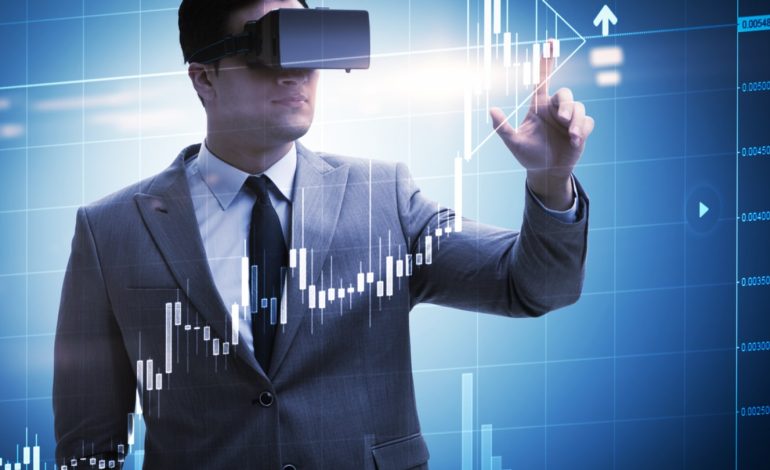 Augmented Reality has experienced a surge in its usage across different industries.

Beyond gaming and entertainment, its use is growing in medicine, engineering, education, retail, automotive, manufacturing, and more.

Consequent to these growing demands, the market keeps soaring. This could mean different things to different people.

To investors, does this call for considering an augmented reality stock portfolio?

Since augmented reality is beginning to find its way into many aspects of our daily lives and investors are often more interested in consumer-focused companies, it’s only natural or a matter of time that questions arise as touching its profitability, growth, and future potential, among others.

Will it be one of those great products humans aren’t just ready for? Will it live up to the hype of being a game-changer?

All investments come with potential risks. In this case, the fear is probably because of the hype circle that often comes with new technologies.

Each new innovation comes promising to be the next big thing, and investors are always looking to cash in early on things with a promising future.

When some fail, as many have, they sweep away millions of dollars of investors’ capital.

Hence, it is important to ask the critical question: Is Augmented Reality the right choice for a future stock portfolio?

Back to the basics, Augmented reality (AR) is a technology that allows us to have an interactive experience with the real-world environment and objects, by overlaying them with computer-generated information.

There are other similar technologies, like virtual reality, that could as well be considered in the same light for their future potential.

While virtual reality takes you away from your current reality, into a whole new world, augmented reality doesn’t.

It meets you in your real world, but it enhances your interaction with real-world objects. It makes things come alive a lot more than they normally would.

This seems to give augmented reality an advantage.

AR comes into existence in two ways: Hardware and Software, and these could also point to the areas where there are investment opportunities in this technology.

Every technology requires physical components to be implemented.

While some would require specially designed hardware for basic functioning, others are able to be integrated into already existing devices.

Augmented reality only needs a processor, display, sensors (like an accelerometer, GPS, and solid-state compass), and input devices.

These things can be found in smartphones, tablets, and other computing devices.

As AR keeps finding more advanced use in different sectors, special hardware devices are being created for, or used with, it; they include head-up displays, eyewear, head-mounted displays, contact lenses, handheld displays, etc.

The software aspect of AR depends largely on what it is being used for. From Pokemon to Snapchat filters, applications are designed to implement AR in a particular way.

However, to achieve this, AR applications must be able to derive coordinates of real-world objects and realistically integrate augmentations with those objects.

Several software development companies are rising in the AR field, some working on independent AR projects to deploy to users, and some offer to help businesses create suitable AR experiences for their users.

Some of them include CitrusBits, Groove Jones, Intellectsoft, etc.

Microsoft, Apple, and other big industry players have their hands deep in Augmented Reality, either as a product or a part of their arsenal.

Among the areas in which Augmented Reality (AR) is playing out and is expected to advance even further in the near future are social media, gaming, retail, advertising, education, healthcare, automotive, and manufacturing industries.

In his article in Towards Data Science, Sanjay Ratnottar writes: “Automobile companies are currently working in dashboard-mounted display graphics from around a vehicle with the help of camera footage.

With the help of augmented reality technology, we can also experience the identification of frequently used lanes, navigational prompts, detection of hazards, information about the right direction, etc.

In the healthcare sector, augmented reality is being used in training physicians.

In engineering and manufacturing, augmented reality has a big role to play in different areas from design to development and assembly.

In retail and advertising, augmented reality is changing the way customers interact with retail stores, bringing about many experiences like remotely trying out products without having to pay for them, move them down or even be present at the store location.

All these areas may present opportunities for investment.

What Does the Future Hold?

Numbers, they say, don’t lie. According to a report by Mordor Intelligence, released last year, the augmented reality market was valued at USD 0.35 billion in 2018, and its value is expected to surge at a compound annual growth rate (CAGR) of around 151.93% from 2019-2024.

According to the report, about 22.8 million AR glasses would have been shipped by 2020, and the user base for AR technologies is expected to grow beyond 1 billion by 2020. “Going forward, such innovations in the hardware in terms of ergonomics, i.e., reduced size and weight, and making headsets look more, as the traditional eye-wear, would increase the acceptance of AR devices by consumers, in addition to the enterprise users,” it says.

Could this mean that AR hardware companies are viable places for investment?

James Brumley, an  Investorplace feature writer, in his article, 9 Augmented Reality Stocks to Buy, gave a run-down of nine names investors should keep an eye on as the harbingers of the rapidly growing AR era. They include: Can augmented reality boost productivity by as high as 21%? 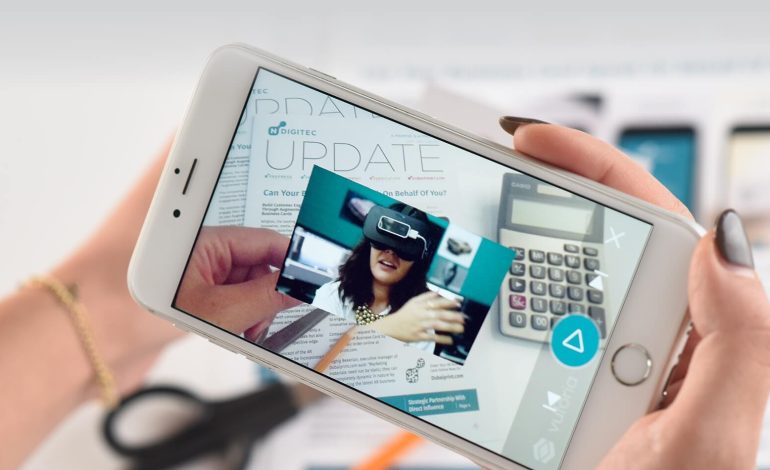 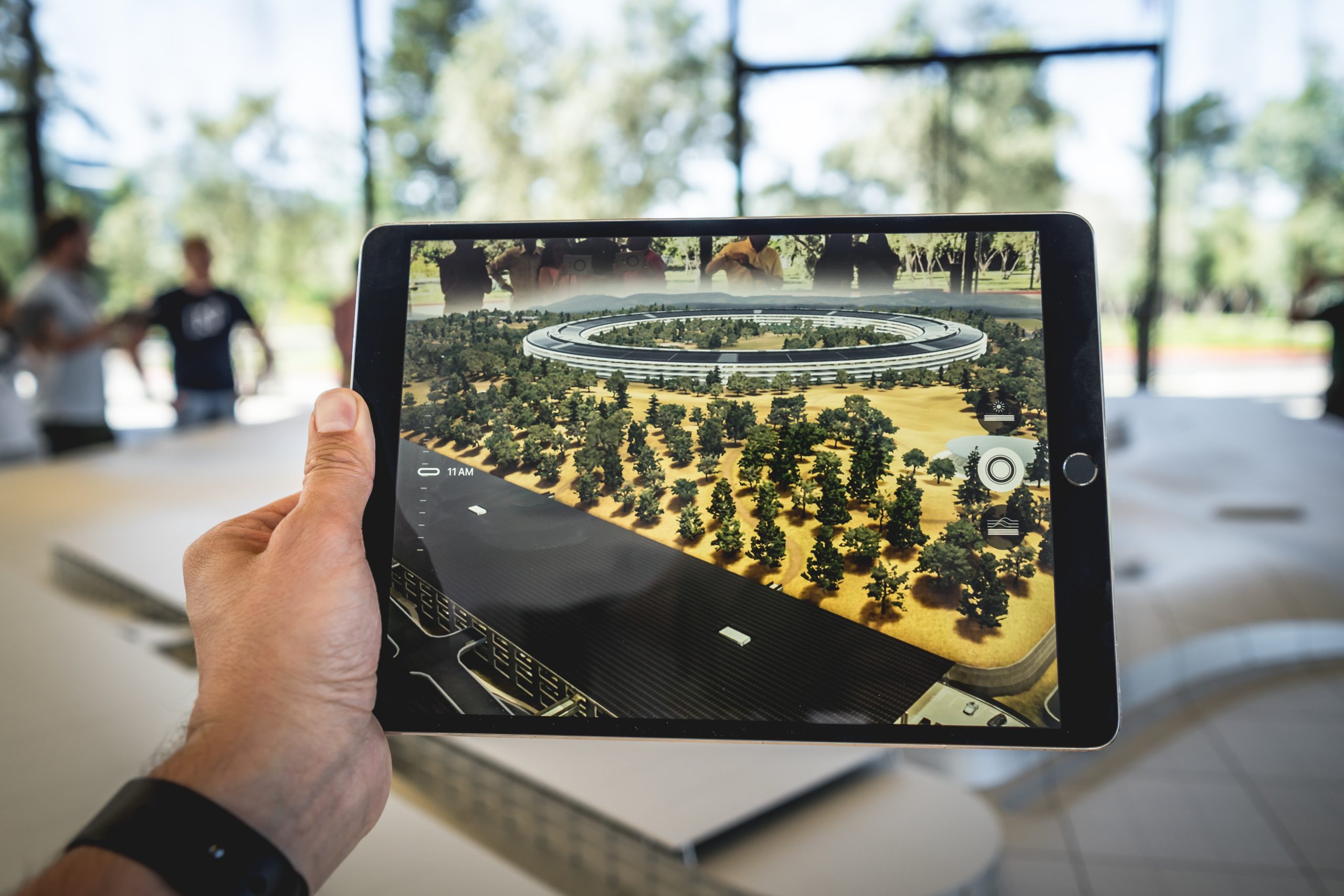 Behind the Scenes: The 80 Million Augmented Reality Funding for RealWear

For every new and growing technology, investment is critical to its development. So, for enthusiasts